One of the most exciting parts of your tour around the Villa and gardens will doubtlessly be a trip ‘below’ to visit the World War II shelters. 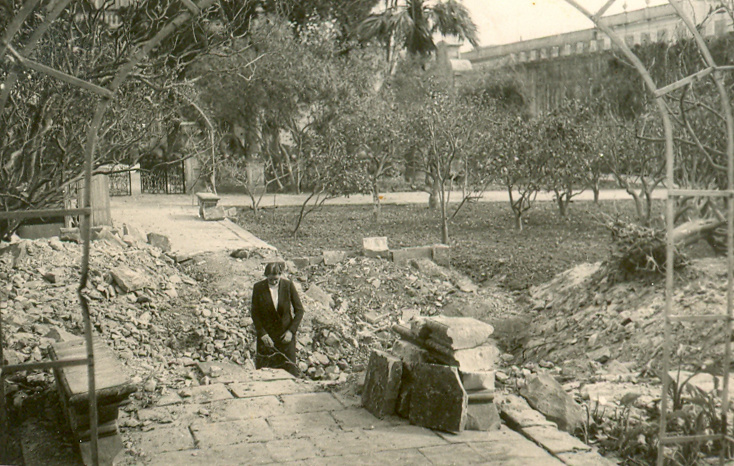 One of the best examples of their kind in Malta, they were dug by hand using a pickaxe, and you can still see the markings today. Despite the fact that this job would have been completed with urgency on the eve of the war, they are very well-constructed and considered military standard by many. They are also very large – especially considering there were only two family members living in the house at the time, Mabel Strickland and her step-mother Lady Strickland – so it is likely they were built to accommodate staff too.

That main room is now our audio-visual space, showing a video of wartime Malta. This room predates the shelter and would have been built around the 1700s as the Villa’s main well. However, sometime before the war, it would have been emptied out to serve as the hallway into the rest of the shelter.

One of the most striking aspects of this shelter is actually how complete it is. Its marble steps show that it was built to please Lady Strickland who was a fan of that material and used it throughout the house and gardens. The shelter also has four little rooms, which would have been used as sleeping quarters, and a food storage room. The remnants of a lighting system show the family also had electricity down there.

Quite Interesting: During the war the main reservoir was bombed and the whole of the Villa flooded. Water poured into the shelter’s food storage room, causing the labels to come off all the tins. After that dining become something of a game of ‘pot luck’!