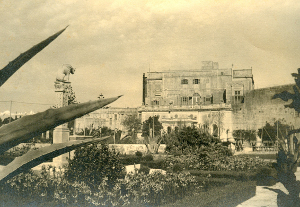 The stunning Villa Bologna Garden is one of the finest examples of a historic Maltese garden. Split in two – the old garden and the new – you can actually see how there were two stages of development here, with some spaces crafted during the baroque era and others later.

The ‘old garden’ or ‘baroque garden’ was built alongside the main house in the 18th century. There are landscaping records for this garden dating back to 1747, and it was created in the traditional style with a symmetrical layout and citrus trees throughout. Today you will spot that other, ornamental trees have been added, as well as lawns. This was done in the last century or so to create more space for entertaining. The mature exotic trees that you see here were brought back from Australia by Lord Strickland in the late 1890s. 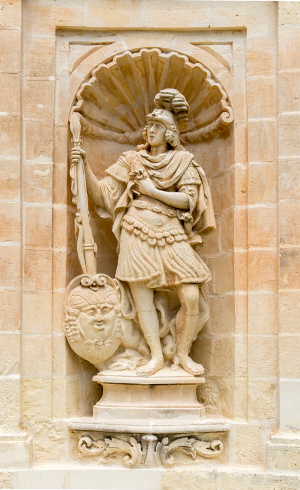 Aside from the array of flora, this garden is also renowned for its exceptional large and small nymphaion (or monuments)and baroque gateway, which are quite unparalleled in Malta. The statues around the large fountain pay homage to the four seasons, while the baroque gateway is home to statues depicting Anthony and Cleopatra. Sadly two other statues – of Bacchus and Pan – were damaged when they fell into the fountain; they are currently waiting to be restored.

The ‘new garden’ meanwhile, at the back of the Villa, was added by Lady Strickland in the 1920s when she decided to make Malta one of her homes. Landscaping the space was very ambitious and truly set the gardens apart by quadrupling their size. With a team of gardeners she successfully added a whole new dimension to the space, building new fountains, ponds, walk ways, vegetable gardens and citrus orchards.

The main features of this part of the garden remain the Dolphin Pond and surrounding lawns, as well as the Sunken Pond just above them. They are quite unique as the only surviving examples from the era.